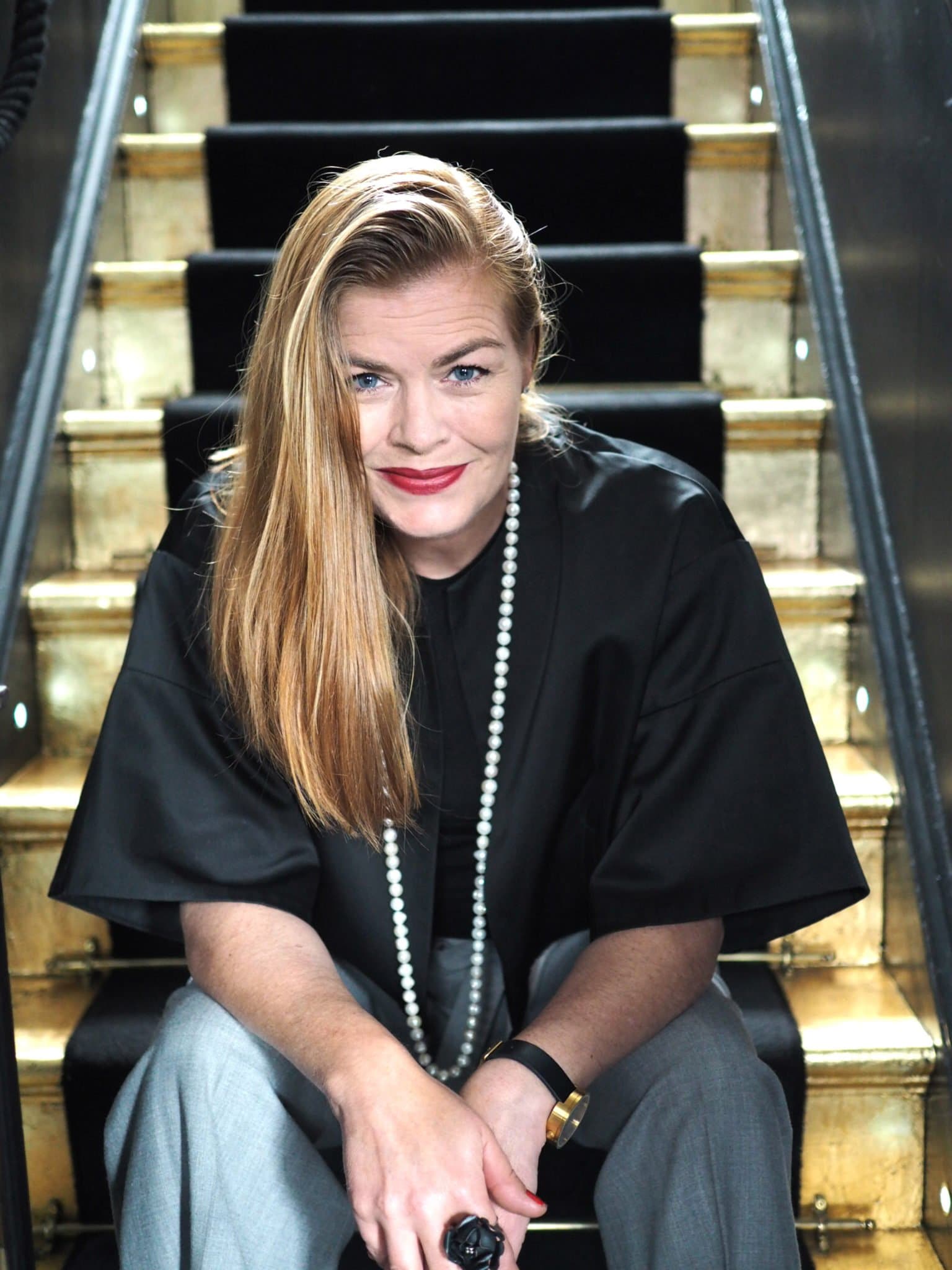 Gosh! Where do you start with an ‘About Me’ page?? Do you just stick to facts? I mean that’s just boring isn’t it. Or do you talk about your personality? That’s tricky too because how we view ourselves might not necessarily be how others view us! I feel like I’m at one of those job interviews where they ask what are you good at. And your like, hey, I can blow my own trumpet! But then you get the question about what are your weak points. And you think, go for something minor, like you sometimes to get so absorbed that you work way more hours than you get paid for! I read other Blog’s about me pages for inspiration and guidance and then I though sod it, I’m very much me. What you see is what you get!

So, I’m Rachel, and I live at chez Raspberry Flavoured Windows house along with my husband, 3 sons and a rather elderly and grumpy Rottweiler called Buster. I have an absolutely wonderful family but I’m not going to rose tint it! Sometimes it can be a hard slog! My two youngest sons are both autistic. Let’s just say that life is a roller coaster of a ride. Just like other families we have our highs and our lows, they just tend to be a little more extreme than the average family. Ever keen to raise awareness about autism, you’ll find a section on the Blog all about our ‘Socially Awkward’ lives.

Myself and Mr RFW bought our home 21 years ago as a doer upper! Over the years it’s been decorated in many different styles and currently I’d describe it as Dark Gothic Glam. I’m always on a budget. And I mean a budget so over the years I’ve taught myself how to do most things. From plastering to woodwork, tiling through to plumbing, you name it I’ve given it a go, albeit not always successfully! You don’t actually need to have a massive budget to create a beautiful home. It’s partly why I started this blog. To pass on some of my knowledge and help others to create beautiful on a budget homes too. 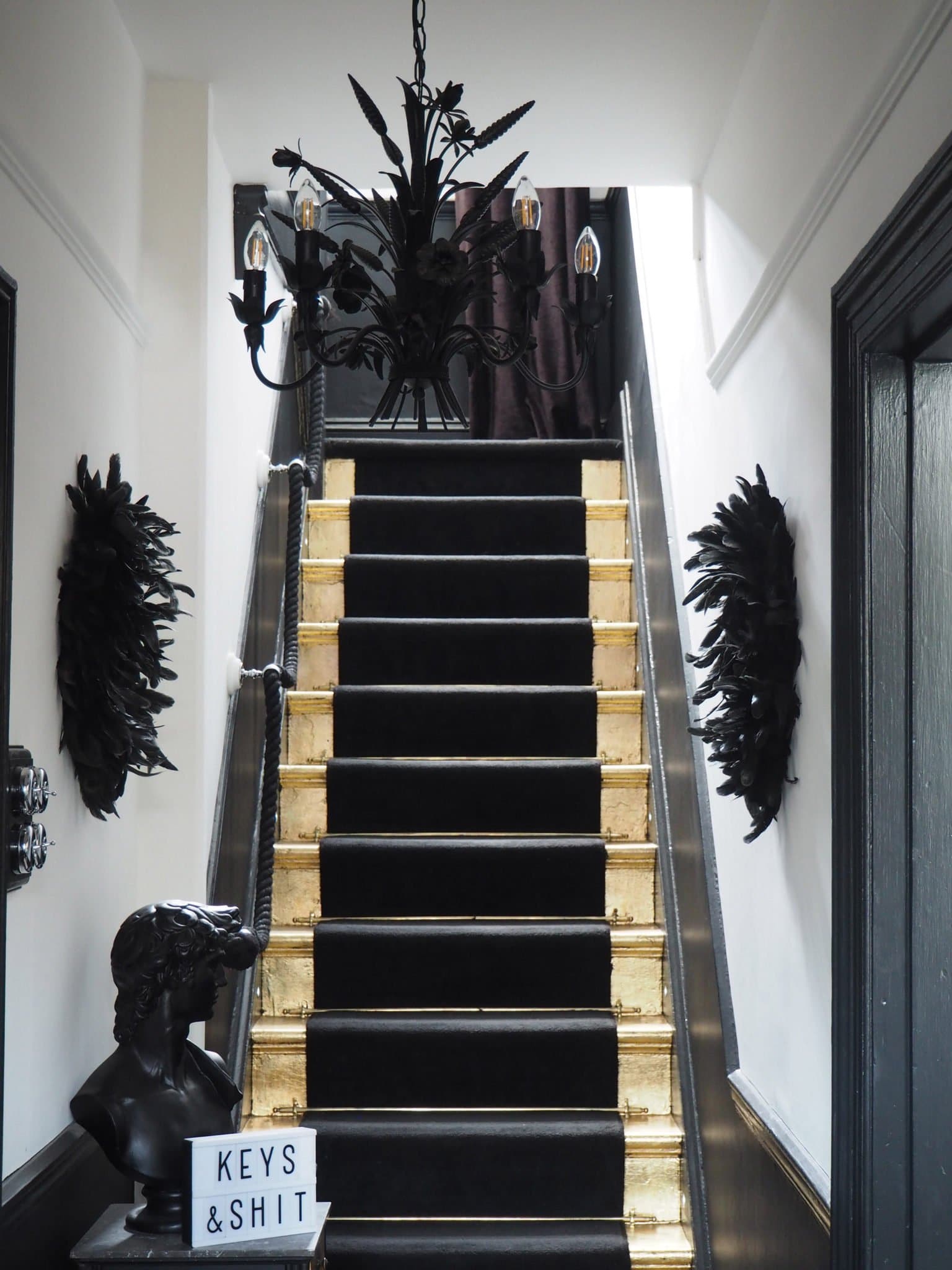 People often ask how I came to work in Interior design. The truth is I had no idea what I wanted to be when I left school. I kind of fell into Interior Design in my late Twenties having had around a hundred and twenty three jobs beforehand. I worked as a model, highlight was a Boots TV commercial. For a while I worked as a Pharmaceutical Rep. Yes, I really was a drug dealer, I sold morphine. And I was that girl stood by the escalator in the department store asking if you’d like to try the latest fragrance by Sasherelle! Anyone else remember the Victoria Wood sketch? Let’s just say it’s fair to say that I took a while to to find my niche. The thing that made me tick, gave me a buzz.

I’d always loved helping my father with the decorating when I was a child. And at age 11 he let me design my own bedroom and decorate it. He gave me a budget and I stuck with it, stretching it as far as I could. Now this was in the early 80’s and Habitat was all the rage so forgive me when I say it was predominantly white with bright red accents and pops of yellow and green too. And, god forbid, a white carpet! I can tell you, that was such a bad decision, can you imagine the make up stains!

Fast forward 13 years and Mr RFW and I were looking to buy our first home. We found a lovely 3 bed, semi detached 1930’s house in need of TLC and spent 6 months making it a home. Ever on a budget we did everything ourselves including gutting the kitchen and fitting a new one. Once it was finished it wan’t long before our feet were itching for a new project. So we bought a beautiful detached 1980’s house set on the top of a hill with the most magnificent views.

Well what a moving in day we had! I found out I was pregnant with our first child about a week beforehand, I was tired, hormonal and moving into a house that hadn’t been lived in for 6 months. Not only that but the previous owners had more or less gutted it! It was late when we found out that the gas was on a key meter so on a cold winter’s evening we ended up on a mattress in the sitting room with a friends gas heater for company thinking to ourselves what on earth have we done. To wake up the next morning to find the water tank in the loft had burst, water cascading down walls and a hole in the landing ceiling almost finished us off! 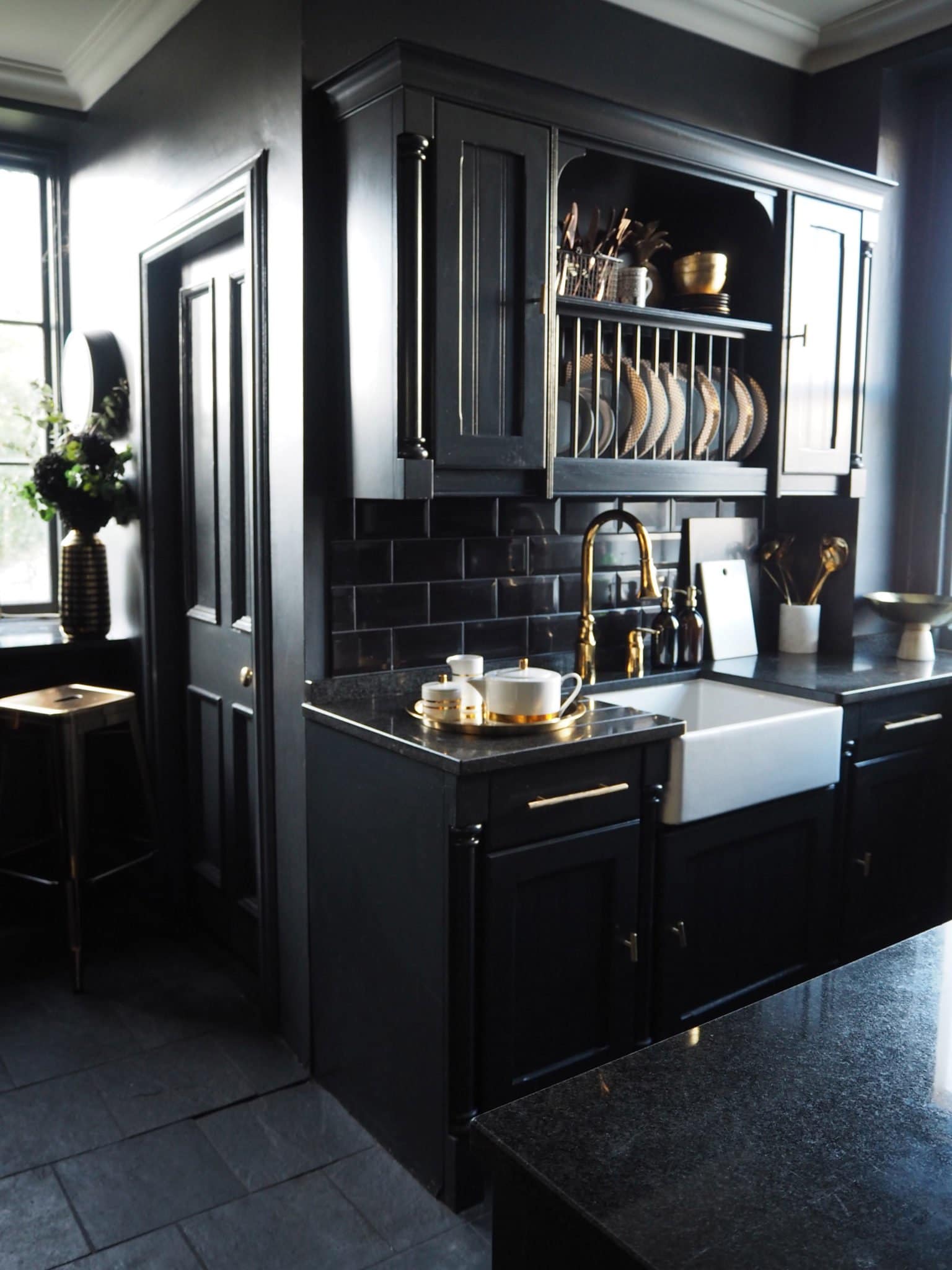 So my first pregnancy was spent, tiling, sewing, plastering, more tiling, sanding and painting! And we more or less had everything done just in time for the first mini RFW to arrive. Before my bundle of joy was even 6 months old it became clear that I wasn’t going to be able to work  in a traditional way anymore. Bless his cotton socks, he caught a chest infection when he was 7 weeks old which left him with quite severe asthma. We were in and out of hospital for the first 7 years of his life. Every time he caught a bug he would need help to breathe.

So we decided to sell up and move again to give me something to do. Babies sleep so much don’t they? And Mr RFW left the house at 7.30am and often didn’t get home until 10pm. I needed a project! Well the house sold in 3 days and for more than the asking price. But it came with a provision, we had to move out within 6 weeks! I hadn’t even put myself on a mailing list with an Estate Agent, let alone viewed anything, how were we going to do that? Never one to throw in the towel, I launched campaign find a house. And find one fast! In the end it cam down to 2 properties, the home we are in now and a wing of a Victorian Mansion. Both needed work, both were within budget but which one?

In the end, we decided that we didn’t want to live on 3 floors and so we found ourselves 6 weeks later moving into our current home. The plan was to do it up and move on again, but before long our second bundle of joy arrived and within 17 months our third. It seemed we had found our forever home. And the feeling of itchy feet has never returned. 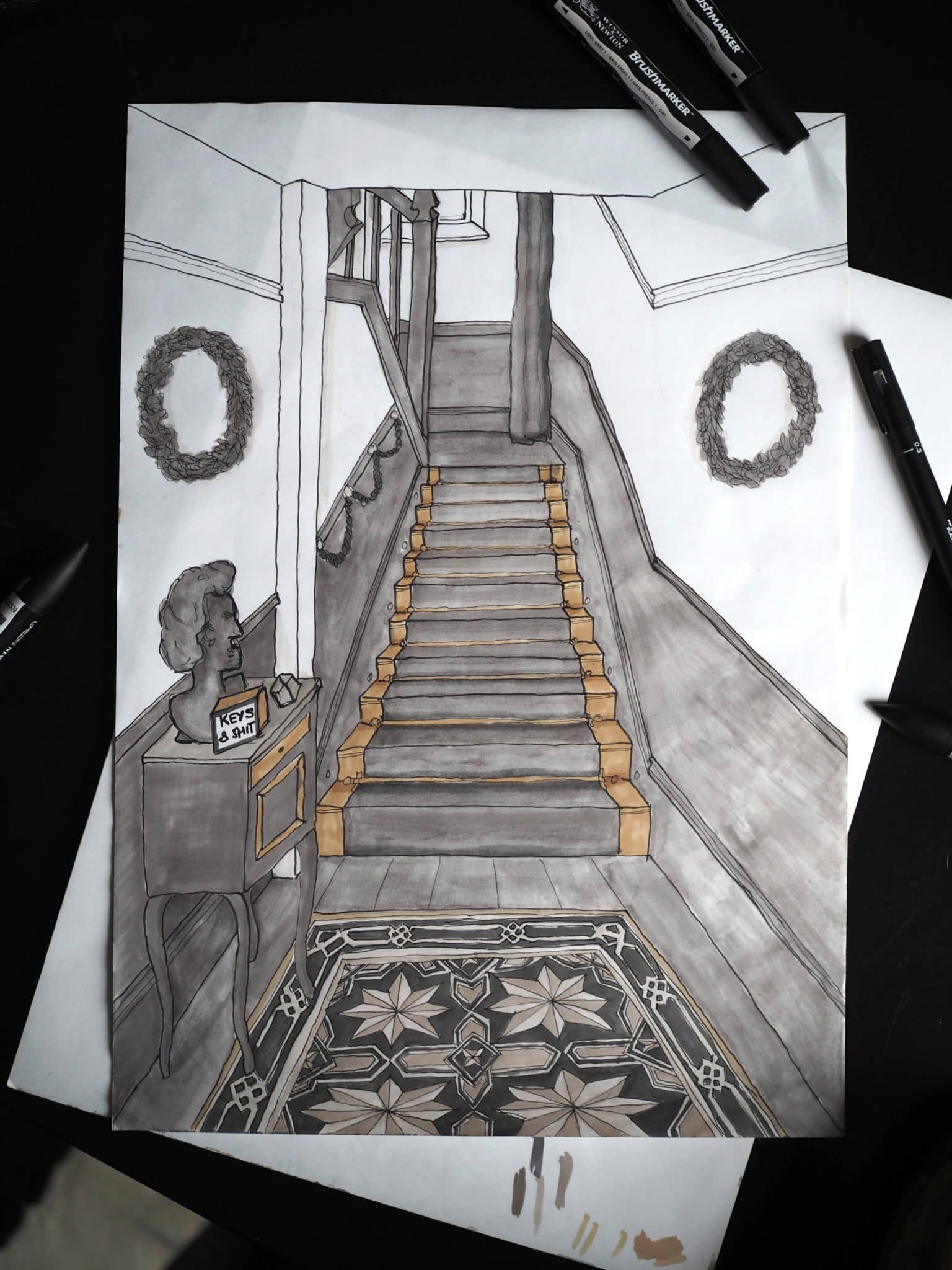 Anyhoo, back to how I actually started in Interior Design. I’ve always liked to keep my brain busy and I wanted to learn more about design so I joined a long distance learning course with the KLC School of design. Yes. it was that long ago that courses were on paper, and the rise of the internet was yet to come. Over the next few years I worked in peoples homes, on many different projects from just creating soft furnishing, transforming a room or a scheme for a full house. I loved creating a design the clients loved and the smile that greeted me when revealing a room.

In the midst of this I was still busy beavering away with our own home. It appeared we had indeed bought the money pit. A few days after we moved in it rained, I mean boy did it rain! And within half an hour the upstairs ceilings were leaking like a sieve. So, the bones of the building were first priority, the roof, wiring, replacing joists, plastering. By the time the house was watertight, there was no budget left for decorating and furniture!

At this stage I was very much into antiques. I wanted to fill my home with pieces well loved pieces with beautiful patinas but in truth Ikea was a stretch budget wise. It’s at this point we were also looking for a new direction with our family business. So with little or no experience of furniture retailing we started to import French and Victorian style furniture from Indonesia. It really took off and within a year we had a website, a UK distribution network and customers queuing up to buy the furniture as quickly as we could make it.

Sadly in August 2017 we closed the doors. A series of disasters mean’t it was no longer financially viable to remain open. It was a pretty scary time I can tell you and not one I would wish on my worst enemy. But we got through it and have come out the other side. Most definitely stronger and wiser too. 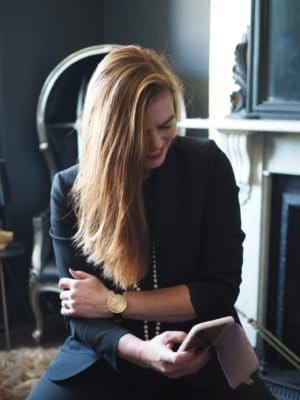 On the day we shut up shop, I felt a door was closing. I have to say, it took me a while to see that when a door closes, inevitably a new one opens. With 2 autistic boys, it’s almost impossible to get a regular 9-5 job. There’s always a meeting to go to. Or you need to drop everything to get to them as quickly as possible. So it was all a bit couldn’t see the wood for the trees.

But then I realised, I have 15 years experience of running a business. I’ve won awards for designing furniture, my website won awards too. I was shortlisted in the 2016 Amara Interior Blog Awards which was a huge achievement. And imagine my surprise to find I’m nominated in the 2019 Awards too, in the Best Newcomer category. I grew our social media following to 35000 0ver 4 platforms. And last but not least I love writing and so I think there was only one direction I could really go in and with that Raspberry Flavoured Windows was born.

Does the world need another blog? Probably not, but I have a brain wanting to be used. A head full of words and I’m writing for me. I hope that you will enjoy my words, at some points ramblings. As a final note, why Raspberry Flavoured Windows? Well, when times get hard and you feel you’re one step away from window licking, then you have to choose a flavour right? Life is way to short for vanilla!

Want to work with me? Take a look here or contact me using the form below for my media pack.

Hello lovelies 😘 How are you? I’ve not been o